British Columbia (BC) is where the Pacific Ocean meets bustling city and towering forest; where mountains give way to picturesque valleys, and where vibrant urban life is fused with the nature that surrounds it. In Vacations of the Brave, friends and fashion designers, Angela Luna and Autumn Beckens, abandon the familiarity of their urban world for the rugged beauty of Haida Gwaii, British Columbia. In the shadow of towering, 1000-year-old cedar trees, the young women learn about the true strength of their own spirit.

Inspired to start planning your own trip to British Columbia? This list of experiences will help you get started.

The the sacred hot springs of Gwaii Haanas.

The remote Haida Gwaii region visited by Angela and Autumn is a unique and spectacular destination. Home to the Haida First Nations people, the area includes more than 150 islands and more biomass per square yard than anywhere else on the planet. While the tropical wilderness and bountiful wildlife are captivating, it’s the rich Indigenous history of Haida Gwaii that makes this a truly unforgettable experience. The spiritual center of the region is Gwaii Haanas National Park. Immerse yourself in the colorful history of the Haida First Nation as you discover ancient carved totem poles and fallen longhouses. Then there’s the sacred hot springs of Gwaii Haanas, a dozen nature warm pools historically used by the Haida for their healing properties.

Of course, the Haida are only one of more than 50 First Nations of British Columbia, and there are so many more immersive experiences to enjoy. In Northern BC, the 'Ksan Historical Village and Museum is a re-created Gitxsan village. Seven longhouses, the first of which was built in 1959, replicate a community that stood on the same riverside site for hundreds, or possibly thousands, of years. Love to be on the water? In Tofino, Canada’s surfing capital, paddle a traditional ocean-going canoe on a First Nations Canoe Tour. Or, if you like to experience new cultures through food, Vancouver’s Salmon n’Bannock Bistro provides a gateway to local Indigenous communities with delicious, traditional meals.

A chef at the Richmond Night Market.

Vancouver is unquestionably a must-visit city for foodies. From food trucks to fine dining, this city loves to eat. And, thanks to its multicultural makeup, Vancouver’s food scene is extremely varied, with countless global influences mixing and mashing to create something beautiful.

As Angela and Autumn experienced, the Richmond Night Market is an amazing place. The city of Richmond is actually home to “the best Asian food in North America,” and is worth a visit at any time of year. If you’re looking for a quick bite in downtown Vancouver, the pork buns at Chinatown’s New Town Bakery or the seaweed-covered Japanese hot dogs at celebrity-favorite JapaDog are both good options, while Bao Bei and Miku Vancouver provide high-end alternatives. If you want to saddle up alongside fellow foodies, there’s Chambar for Belgian food, Bauhaus Restaurant for German, Vij’s for Indian, and Superbaba for Middle Eastern. And we’ve only just scratched the surface. All you need to do to find a great meal in Vancouver is to head outside and follow your nose.

The Museum of Anthropology in Vancouver.

A museum for every taste

As far as incredible museums go, British Columbia has more than its fair share. The spectacular Museum of Anthropology (MOA), visited by Angela and Autumn, is certainly a great starting point. Located at the University of British Columbia in Vancouver, the MOA contains one of the finest displays of Indigenous art in the world. Their artwork is the first thing to greet you as you walk through the front doors, and as you enter the Great Hall, you’ll be awed by massive, intricate totem poles. More than 10,000 culturally significant objects from around the world are on display in the museum’s galleries.

Vancouver is also home to a fantastic science museum, Science World, which is great for families. Only a few hours north in Whistler, the two-year-old Audain Art Museum houses the captivating private collection of philanthropist and arts patron Michael Audain and wife Yoshi Karasawa: almost 200 works reflecting BC art from the 18th to 21st century. The angular building itself, set in the trees beneath stunning Whistler mountain, is a piece of art itself. British Columbia’s capital city of Victoria is also a great stop for museum lovers. The Royal BC Museum is home to some 7 million artifacts and items, and allows you to walk through a recreated Victoria in the late 19th century, see a wooly mammoth in its habitat, and learn about the ceremonial masks of local First Nations, all under one roof.

Want to discover more of Canada? Return to the Vacations of the Brave page. 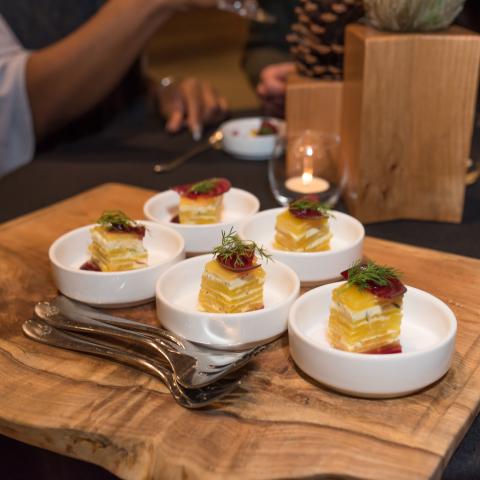 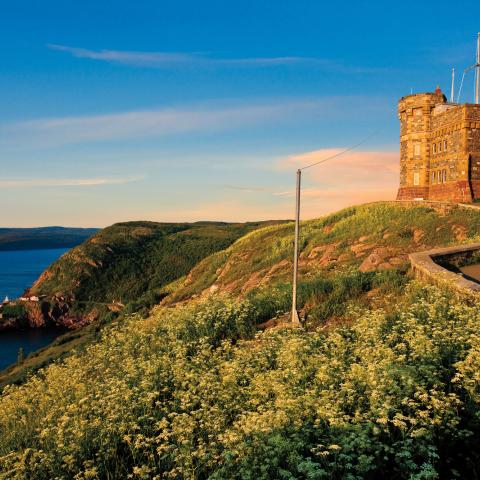