Good food and wine — that’s a given in Quebec City, one of the best food cities in the world — and in all of Quebec for that matter. The same goes for fluffy baguettes and melt-in-your-mouth croissants, delicious cheese and charcuterie. And now, beginning a decade ago spawned by the drink-local trend, high quality, small-batch craft beer is everywhere.

With at least 130 microbrewers in the province producing some 800 beers, Quebec City has 20 outstanding craft brew operators at last count. Many are the city’s biggest foodie hot spots, serving homespun fare in addition to exclusive brews. There are also seasonal events to match, namely, Festibière in August. Broue-Tours leads guided walking tours of the top microbreweries and tastings, or you can get an I Drink Local passport and map for your own round-about. If like your suds, you’ll want to sample the best of the best in this friendly French-speaking, 400-year-old walled city with Old World European flair. À votre santé!

Log rounds double as tables at inviting La Souche, which channels Quebec mountain culture with rustic flair via tree trunk decor, antlers, vintage snow shoes, and comfy couches. Join the crowds of young hipsters sampling the quality house blends of 20 artisan brews on tap, plus a large number of bottled beers from other Quebec makers. Standouts are the spruce beer and IPA. Dine on upscale, creatively reimagined pub fare such as poutine and pizza with a chicken curry tossed into the mix, all using local ingredients. La Souche has two locations, one in the trendy Limoilou neighborhood; the other in Stoneham ski resort, just north of town.

In downtown’s St. Roch, long-timer La Barberie is a cooperative enterprise. First there’s the super chill vibe — a rough-around-the-edges tavern feel — and outstanding brews. Then there’s the uber-popular tree-shaded patio, idyllic in summer. The place attracts a diverse, eclectic crowd from young professionals to families. Try the wooden stand carousel of eight house tap selections and don’t miss the Ambrée aux Piments Forts (Chilli Amber), easy drinking with just the right kick. Though it used to be BYOFood, nowadays you can snack on a mini menu of popcorn, pretzels, and charcuterie with local cheeses. Lve acoustic music just adds to the vibe.

A post shared by Archibald Microbrasserie (@archibaldmicrobrasserie) on Jun 7, 2017 at 1:23pm PDT

Cozy and rustic-chic, Archibald Microbrasserie is your reliable standby for big burgers, pizzas, smoked salmon, steak, thick-cut frites, and craft beer brewed on site. It’s the spot for an après-ski refuel with two locations in town. One is near the airport in Sainte-Foy and the other is a ski lodge-type joint in Lac-Beauport, tucked into the mountains on the city outskirts. Sample the Désirée, a creamy blonde ale with a zingy aftertaste, perfect for a sultry August eve on the open-roof terrace.

The quick, scenic ferry ride from the Old Port to Le Corsaire Microbrasserie in Lévis is as nice as the 12 beer blends and farm-to-table dishes at this local spot. Pirates are the theme at this sprawling locale, which also serves 60 single malt whiskeys and nine house-roasted coffee blends. When it comes to beer, sip the black stout, roasted-oat Davy , or ginger-citrus Tanaka. Add a mouthwatering homespun sandwich, salad, or duck grilled cheese, and make it a lunch outing.

The oldest of all Quebec City’s microbreweries started at least 25 years ago, L’Inox Maîtres Brasseurs has a loyal following of fans. They love the traditional offerings and spacious sidewalk patio, optimal for people-watching during summer festivals when the street closes to car traffic. Relocated from the port, L’Inox is now on touristy Grand Allée, but that just makes it a great uptown spot at the center of the action. The place is still laidback and renegade, though, resembling an industrial loft with artsy touches. Sample the house ales, especially the deep red, medium-body, malty Dolce Vita. Play billiards, order a pitcher or happy hour pint and Euro hot dog, then grab a seat outside.

English-style is the approach at quaint Pub Le Mitan, a microbrewery plus modern, sports bar-ish microbrasserie. Go for the trip — a half-hour journey from downtown to the rural l’Île d’Orléans on the St. Lawrence River — and 11 great craft beers, including coveted seasonal varieties. The Le Mitan label is a Quebec favorite and supplies the province from this facility. Depending when you visit, you might taste a strong, malty, and chocolaty beverage or a spring maple-infused amber variety. Drink and dine on straightforward bistro food on the covered patio with a view.

If you’re aim is to take out or bring home some Quebec brew, pick up top-notch labels at these purveyors: La Duchesse D'Aiguillon, L’Axe du Malt, La Place, Marché du Vieux-Port de Québec, and old school J.A. Moisan, North America’s oldest grocer with an astonishing array of artisan suds from across the province.

After you've sampled all the beer you can muster, don’t miss dining out as much as possible in this top foodie city, looking out for traditional Quebecois favorites. And if time allows, expand to nearby Montreal as well. 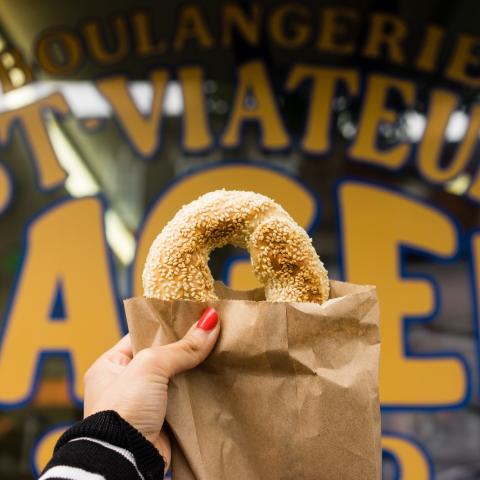 A foodie’s guide to Montreal 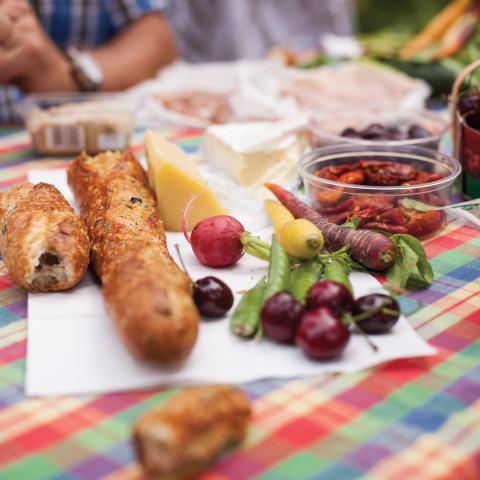 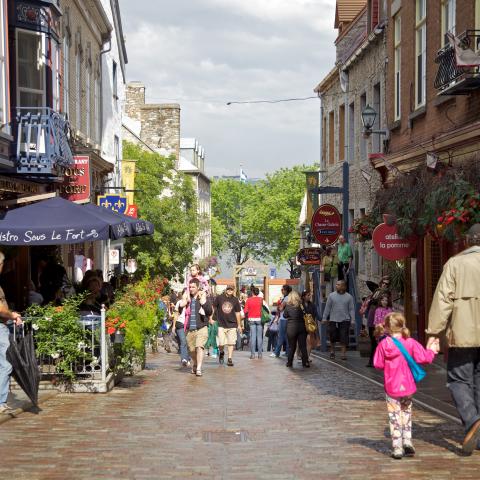