Times change. In 2012 when David Chang the American restaurateur and TV personality debuted Momofuko in downtown Toronto and Michelin-starred Daniel Boulud opened his signature brasserie at the city’s Four Seasons hotel, it became clear: Ontario had made it on to the global stage. Then in 2016, Vogue elaborated on “Why Toronto is becoming the world’s next culinary destination,” touting the city’s food scene diversity, “cultural synthesis” of ethnic kitchens, and “creative, anything goes” attitude.

That star power has illuminated the rest of the province as well, and it’s the young talents who are shining brightest, says The Globe and Mail. If you’re a foodie, right now is the time to nosh your way through Ontario. Here are some of today’s hottest chefs, according to top food critics:

Many snickered at Patrick Kriss when he risked everything with an all-or-nothing approach not seen before in the city’s history, launching Alo with partner Amanda Bradley—in an out-of-the-way, obscure building. The concept: a high-end, tasting-menu only resto showcasing cutting edge cuisine created by the very best talent, period. It looks like the homegrown artiste who trained under French chef Boulud in NYC after starting his career at a golf club, is having the last laugh as Alo has boomed in terms of popularity, and fast. Turns out daring pays off.

A post shared by TheDevouringDiner (@thedevouringdiner) on May 4, 2019 at 2:32pm PDT

“I don’t like labels,” says Mike Moffat, the affable chef who’s taken his hometown Ottawa by storm with a trio of dining smash hits artfully designed with restaurateur prodigy Stephen Beckta. “The only label I want to achieve is good food.” Mission accomplished (see: Moffatt’s hanger steak). Critics rave about his seasonal, global rotating small plates and by-the-glass wines at the accessible eatery, fittingly situated in the ByWard Market. The concept: fine dining can be fun, isn’t just for special occasions, and doesn’t have to break the bank.

Locals adore this homegrown chef couple who envelop guests in a personal hospitality journey of sorts every time you visit Backhouse. Tables are communal and menus, spontaneous — with a central chef’s table as the focal point. Bev Hotchkiss and Ryan Crawford source their own farm for distinctive cool-climate cuisine. Of course he makes wine and forages. Their philosophy is about creating an “experience where life’s challenges become a little bit easier and life’s joys a little more robust.”

Unexpected and understated is what obsessive, self-taught, rock ‘n roll chef Grant van Gameren delivers at his intimate Spanish-influenced Mediterranean bistro. With whole grilled octopus and killer artisanal cocktails, he serves it late into the night España-style, too (til 2 am). The Ontario native who favors hole-in-the-walls started at a pizza joint, training snakes on the side for extra cash. Now, he’s a renowned chef who’s even made offal "sexy." What can he not do?

Fusion is Canadian, Nick Liu believes. But you also have to respect your roots. That’s why he named his restaurant DaiLo, Cantonese for “big brother,” a nod to the dishes he grew up eating in the Toronto ‘burbs with his Chinese parents — Mom and dad supply all of DaiLo’s hundreds of homemade dumplings. Trained locally in Italian and French, boundary-pushing Lai channels innovative New Asian cuisine starring bold hybrids and drawing on Euro tradition; aka Japanese Bolognese with soba noodles and tataki beef, and his signature spicy sweet breads coated in traditional Cantonese sweet-and-sour sauce.

This guy wrote the book on farm-to-table. Pilgrims don’t just dine at Eigensinn; they plan their once-in-a-lifetime sojourn around the fabled feasting odyssey at his 100-acre farmhouse dotted with the chef’s whimsical sculptures. Hailing from northern Germany, Stadtländer imported his love of the earth and the eating process in its entirety — from seed to plant to animal to plate. The internationally renowned chef/farmer/Renaissance Man has been at it for 20 years — sharing his uniquely sensual expression of land-as-food for intimate groups on a select few evenings throughout the year. If you’re lucky enough to be among them, do it.

It’s hard to imagine a more exhilarating time in Ontario dining. Makes you wonder, what’s next? 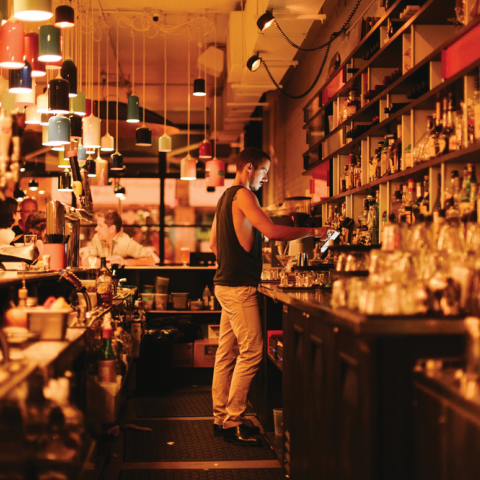 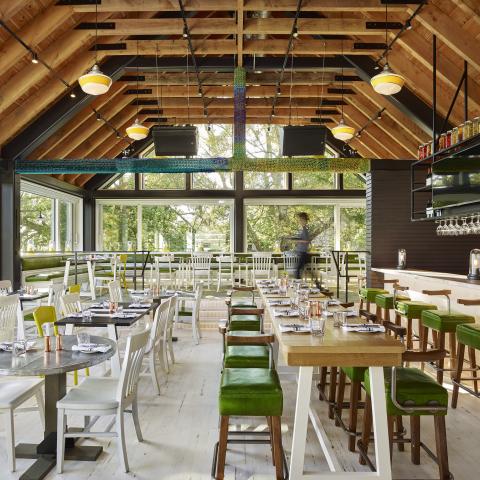 The Best of Ontario: Restaurants Outside of Toronto