Each year when the snow melts and residents tuck away their ice skates until next winter, Ottawa blooms, literally. In fact, it’d be hard to imagine a more lovely, flower-filled city than the nation’s well-heeled capital. Here are the top things to do, see, and savor in springtime.

Head to a sugar shack

Springtime in Ottawa has a taste — and that’s maple syrup. Maple trees start producing sap as soon as the weather warms up and Ontarians have been tapping them for decades to the tune of 1,000 trees per 106 gallons of syrup. Come March and April, people head out into the woods to a sugar shack to take advantage of the short “sugar bush season.” The fun involves horse-drawn sleigh rides, sticky maple taffy poured piping hot onto the snow and twirled onto a stick, and tossing back heaping stacks of flapjacks in lumberjack-sized breakfasts. While you can go to downtown’s Vanier Museopark, which hosts a Maple Sugar Festival, a more classic experience is a leisurely drive to the countryside. Top places are Stanley’s Olde Maple Lane Farm in Edwards, producing syrup the traditional way since the 1800s, Fulton’s Pancake House and Sugar Bush in Pakenham, and Proulx Maple & Berry Farm in Cumberland — all a 30- to 40-minute drive from the city.

Tip toe through a million tulips

You don’t have to imagine a million bright tulips in magenta, yellow, orange, red, purple, striped, fringed, fancy, and everything in between, because that’s what’s on display at May’s magnificent Canadian Tulip Festival. Spread across the capital region, the highest concentration of blooms is in downtown’s Commissioners Park, a showcase of 250,000 tulips in 60 varieties in a half-mile crisscrossed with paths along the picturesque Rideau Canal. Two other top spots are Major’s Hill Park and Parliament Hill. Beyond the Dutch flowers, there are fireworks, live entertainment, and tours. If you are a fan, this is the world’s largest tulip fest. The event started back in the 1950s after Holland’s Royal Family sent a thank-you gift to Canada for its support during World War II: 100,000 tulips.

With all the trees and flowers in bloom and breezy blue skies, spring is a delightful time of year to get to know Ottawa. Take a guided walking or biking tour around the different neighborhoods or see the Rideau Canal, a UNESCO World Heritage Site, by boat. Either take a cruise or rent your own paddleboat, kayak, canoe, or standup paddleboard at Dows Lake Pavilion marina. You can also tour the capital  and Ottawa River from a chopper: Heli-Tremblant departs regularly from the Canada Aviation and Space Museum.

Cuddle baby animals at the farm

A time of renewal, spring is also the time when animals bear their young. And, what’s cuter than baby ducklings and lambs? Pick up a picnic at the historic ByWard Market, then spend the afternoon at the Canada Agriculture and Food Museum, a working farm in the city right near downtown. Check out the spindly-legged foals, squealing piglets, and bleating goats and calves in the barns and barnyards. There are also demos and educational exhibitions. The farm includes a beautiful ornamental garden and arboretum filled with fragrant roses, lilies, and lilacs and beautiful blossoming trees, such as crab apples and magnolias.

Grab a seat on the patio

Patio season kicks off in Ottawa in springtime and you’ll want to join everyone else soaking up the sun and carefree al fresco vibe. Top choices include downtown’s toney Metropolitan Brassiere & Restaurant with live music; upscale, modern JOEY in Lansdowne Park; Mexi’s overlooking Dow’s Lake; and the ByWard Market’s lively El Furniture Warehouse, the rooftop Atari, or the elegant Courtyard Restaurant for a quiet catch-up.

Spring is also when the food trucks reappear after a winter respite. Try popular Crispy Spring Roll for fast Asian in Stittsville; Miami-style Playa Del Popsical in the Glebe for uber popular homemade fruit pops; colorful, healthy Honduran and killer milkshakes from Nacho Cartel on Wilbrod near the University of Ottawa; and roving Angry Dragonz for creative Asian-fusion. It’s hard to beat the combination of catching rays and tasty eats.

Once you’ve taken full advantage of spring outside in Ottawa, make time to dine out, join a festival, and get cultured at Canada’s top national museums. You can rest when you get home.

Get to know Canada’s capital at the Ottawa Tourism website. 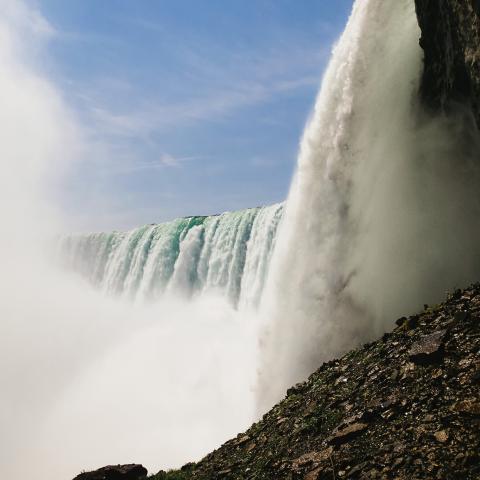 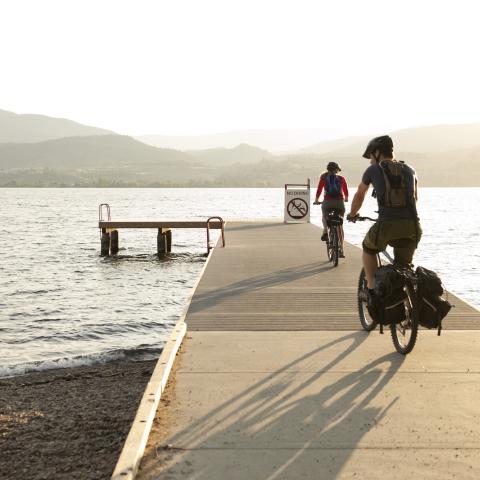 Where to Travel for Spring Break in Canada