As a city in Canada’s north, Yellowknife is often painted with rumors and stereotypes. While the winters can get quite cold, the people still live in homes, not igloos. Summers don’t only exist here; the sun will actually shine for nearly 24 hours. And, although there are lots of opportunities to see wildlife, there aren’t any polar bears roaming the city streets.

We’re here to tell you that Yellowknife has all the trappings of a real capital city, from fine dining to great shopping, music to museums. Here’s a quick guide that will help you get to know Yellowknife a little better, and make the most of your stay.

Summer in the city

Yellowknife’s summer days stretch on well past your bedtime and both locals and visitors tend to take full advantage.

Like any great city, Yellowknife is home to festivals and cultural events. The Folk on the Rocks Festival showcases musical talent from across the Northern Hemisphere on six stages, and is one of the biggest parties of the summer. Musicians also take to the stage during the Old Town Ramble and Ride, a festival that puts the city’s oldest district in the center of the action. In the late 1930s, droves of gold-seeking prospectors flooded this lakefront area and many of the buildings they built still dot the landscape, from a wood stove shop to old log cabins. Head up “the Rock” overlooking Old Town to visit the Bush Pilot’s monument, which pays tribute to the many pilots who lost their lives working to build communities throughout the rugged Northwest Territories.

If you’re more interested in the art scene, take advantage of the weather to go on an Artswalk. This self-guided tour brings you to dozens of galleries, public displays of art, murals, and sculptures around the town.

From the arts we move to outdoor adventure. There’s nothing quite like playing golf under the midnight sun, which you can do during the Midnight Golf classic at the Yellowknife Golf Club.

Pop over for a jog or walk at Frame Lake, right in the heart of the city. A five-mile trail of the same name circles that lake and is a popular recreational route. You can also stop in at for a picnic in between seeing the sights, or rent a canoe or kayak for some fun in the water.

From small, we move to big. Yellowknife sits near the shores of the enormous Great Slave Lake, the tenth biggest lake in the world. Rent a kayak and skirt the shore line, taking photos of the colorful houseboats, or opt for a larger boat and go fishing for lake trout and pike.

After a day outdoors, relax at a table and enjoy a truly cosmopolitan dining experience. Japanese, Ethiopian and Korean food are as easily accessible as authentic Yellowknife fare. First opened in 1937, the Wildcat Cafe is the oldest restaurant in Yellowknife. A log-cabin structure, the cafe still radiates the mining camp vibe. Or maybe you'd prefer heading over to the Woodyard, home of NWT Brewing Co.—the lone craft brewery in the Northwest Territories. Order a flight of the ever-growing list of beer varieties—the Kicksled Cream Ale is popular. If you are looking to chow down on some fish caught fresh from Great Slave Lake, head over to Bullocks's Bistro. Famous for its unpretentious décor, you can tag your name on the crowded walls of one of Yellowknife’s original buildings.

If you’d rather cook your own meals, Yellowknife’s seasonal farmer’s market is a great place to pick up fresh produce and meats. Try some fresh fish caught that morning in Great Slave Lake, and cook it up on the grill along those very same shores.

Winter in the city

The same restaurants and bars that you enjoy all summer become even more boisterous in the winter, as more people spend their nights indoors. But the outdoor fun doesn’t end in the colder months. In fact, there are a slew of winter activities that shed a totally different light on Yellowknife. Grab your longjohns and parka, and head out into the city.

The winter is a great time to check out many of the cultural institutions that dot the capital. The Prince of Wales Northern Heritage Centre acts as an archive of the history and culture of the Northwest Territories, and is a must-visit if you want to learn about the local community. A visit to the museum might teach you about Dene and Inuit culture, European exploration and mining.

Another unique landmark is the Legislative Assembly building of the Northwest Territories. The government building sits on the shores of Frame Lake, a short walk from downtown. Stop by for a tour and check out the Indigenous artwork and a polar bear-hide rug that adorn the Chamber.

As in the summer, Yellowknife also hosts winter festivals. Every March, head out on to Yellowknife Bay for the Snow King Festival, during which concerts, art and parties are hosted in and around a huge snow castle.

The Long John Jamboree is another March event held on Yellowknife Bay. Enjoy the popular ice carving competition, grab a snack at the sugar shack, and take in dogsled races, doggy fashion shows, music and more.

From Yellowknife Bay head back to Great Slave Lake where in the winter, as in the summer, you can go fishing. All it requires is that you cut a hole in the ice first. The lake also becomes one of countless local areas to explore by cross country ski, snowmobile, and, for a truly Northern experience, dogsled.

While we’re on the subject of ice, maybe you’ve seen the History Channel show “Ice Road Truckers?” The show was originally filmed on the ice roads of the Northwest Territories, and from Yellowknife you can take out onto some of these roads for a truly Northern experience.

We’ve saved the best for last.

Yellowknife isn’t only the capital of the Northwest Territories; it’s also the Aurora Capital of North America. No trip to the city is truly complete without a night spent in awe of the Northern Lights. From January through March, there is no better place in the world to watch the bright reds, blues, greens and yellows dance and shift across the night sky. Rent out a lodge, cabin or teepee in the wilderness so you can enjoy the lights in style, or just look through your hotel window and marvel at Mother Nature.

Have we sold you on Yellowknife? Check out the 2022 Yellowknife visitor’s guide for all the information you might need to plan your trip. 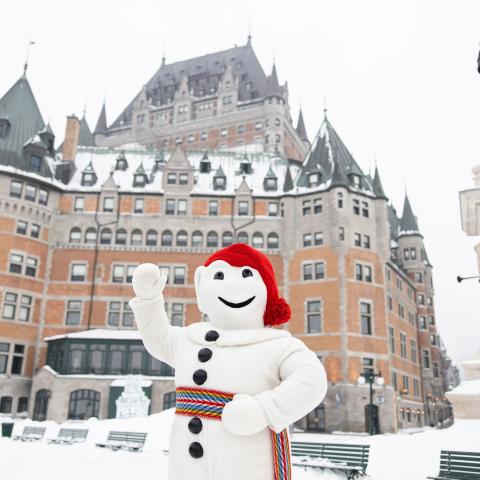 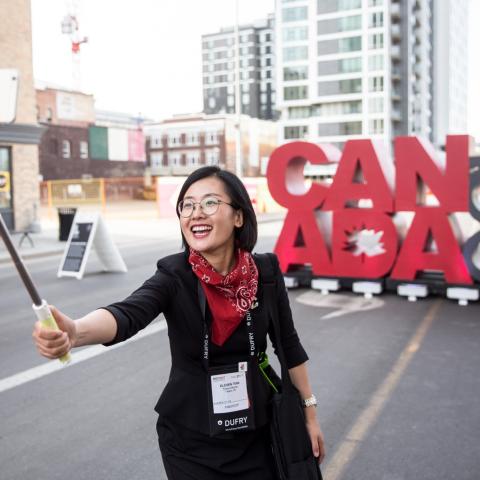 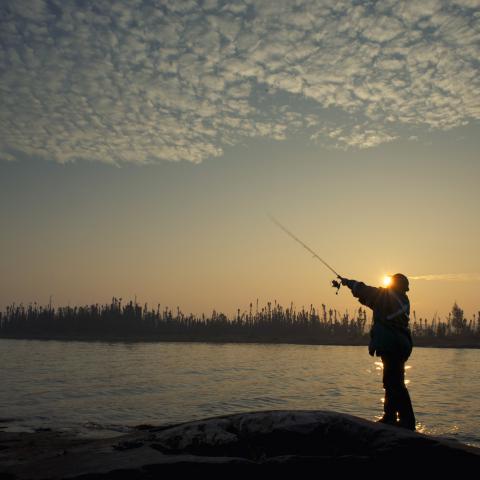 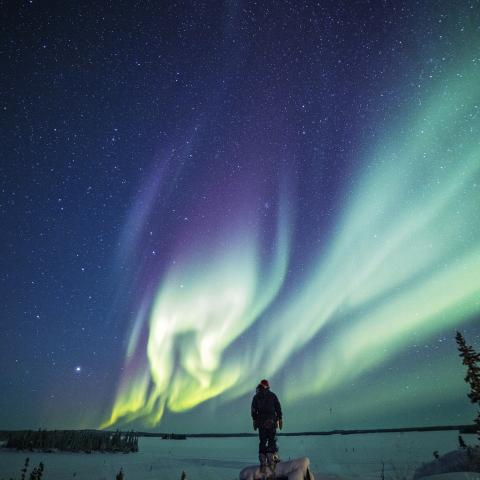